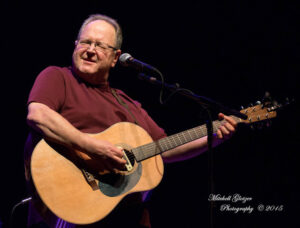 I look at every song I write as a gift from the universe to my heart and soul. If I accept the challenge, I’m agreeing to work on it and wrestle with it until it’s ready to share with the world. Songs are ultimately about expression and communication. The process often starts out being cathartic and has indeed helped me through some tough times as well as celebrating some fabulous moments. The old joke is that writing a song to work through something is way cheaper than therapy. Ultimately though, I feel like my job as a songwriter is to be of service to anyone who chooses to listen to my songs. 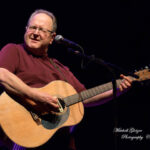 See and hear Steve live perform some of the songs he has written for some of the top music artists in the industry.

Who Is Steve Seskin?

Steve Seskin is a successful songwriter who has written seven number one songs, including Grammy-nominated “Grown Men Don’t Cry,” recorded by Tim McGraw, and “Don’t Laugh at Me,” winner of NSAI Song of the Year and Music Row Magazine Song of the Year in 1999 as recorded by Mark Wills. His other #1 hits are “No Doubt About It” and “For a Change,” both recorded by Neal McCoy, “No Man’s Land” and “If You’ve Got Love,” both recorded by John Michael Montgomery, and “Daddy’s Money,” recorded by Ricochet. Other chart toppers include “I Think About You,” recorded by Collin Raye, and “All I Need To Know,” recorded by Kenny Chesney. The video for Raye’s “I Think About You” single was named the Academy of Country Music’s Video of the Year in 1997, and the song and video were also given an award by the Tennessee Task Force Against Domestic Violence. In 2014, 2018 and 2020, Steve was nominated to the NSAI Hall of Fame. Recent recordings of his songs include “Pictures,” by John Michael Montgomery, “We Shook Hands,” by Tebey, and “I’ll Always Be There For You,” by Brian McComas, “This Too Shall Pass,” by Sinclair and “Standing Still”, “Proof”, “Lift You Up” and “Electricity” by Seth Glier. While Steve is best known for writing hits, he is also a successful performer and recording artist. His 20th album, Some Sunsets, released in 2014, is filled with inspiring, hopeful songs, and features Steve and the talented Julia Sinclair. “Don’t Laugh at Me” was recorded by Peter, Paul and Mary and became the impetus for the Operation Respect/Don’t Laugh at Me project, a curriculum designed to teach tolerance in schools. This program has already been implemented in more than 20,000 schools across the country. Steve now enjoys performing at school assemblies in support of this program. The song is now available as a children’s book, Don’t Laugh At Me, which was featured on PBS’s Reading Rainbow in September 2002. Steve is also an active keynote speaker and songwriting teacher for the West Coast Songwriters Association, the Nashville Songwriters Association International, the Swannanoa Gathering, and the Song School at Rocky Mountain Folks Festival, and several NETN events. He has also been the director of the Kerrville Songwriter’s School since 2012. Short Bios Steve Seskin is a successful songwriter, with a boatload of songs recorded by Tim McGraw, Neal McCoy, John Michael Montgomery, Kenny Chesney, Collin Raye, Peter Frampton, Waylon Jennings, Alabama, Mark Wills, and Peter Paul and Mary. His song "Don't Laugh At Me" was a finalist for CMA "Song of the Year" in 1999, and has spurred an entire tolerance movement, launched by the Don't Laugh at Me Project. Other Seskin hits include: "I Think About You," "Life's A Dance," "No Doubt About It," "If You've Got Love" and "Grown Men Don't Cry." ### Steve Seskin is an electrifying performer. "His voice has a natural lilt that can't be learned," writes Joel Selvin in the SF Chronicle. He's "a really exceptional talent," writes Alan Lewis in the SF Bay Guardian. And "the presentation is simple, affective, and effective," writes Jim Carnes in the Sacramento Bee. Few performers can face an audience with only an acoustic guitar and hotwire its emotions. But that's what happens at Steve's concerts. ### A Steve Seskin concert will have you wiping away a tear one minute and laughing out loud the next. His songs all have messages that touch the hearts of everyone: from the feelings of a little boy missing his father, to growing up and being true to yourself, to one of his most well know themes of being considerate to and respectful of one another as expressed in “Don’t Laugh at Me.

Songwriters in the Round